Lance Island is one of a group of islands around Batam Island, most of the inhabitants are fishermen. The location of Lance Island is very strategic because it is close to several popular tourist destinations. Lance Island also has abundant marine products. Being near a tourist destination does not make this island crowded, lack of promotion and low IT mastery are the causes. Likewise, in the sale of fishermen's catch, they have difficulty finding buyers, so they sell to middlemen at low prices. The purpose of this service is to introduce tourism objects and promote the catch of fishermen through training on making websites and using social media as an alternative to promotional media besides websites and improving English language skills. The method used was to identify mastery of information technology and foreign languages, then continued with training on the creation and use of information technology in the form of web development, social media use, and foreign language training. The result of the training is an increase in tourist visits, an increase in the sale of catches, and the ability to use foreign languages. 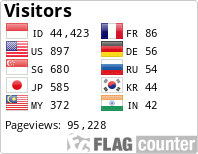